Share a memory
Obituary & Services
Tribute Wall
Read more about the life story of Arthur and share your memory.

Arthur June Snyder, devoted husband, father, grandfather, and great grandfather passed away Wednesday, January 4, 2023. He was 87. Art was born June 22, 1935, in Millerton, N.Y., to the late Millard and Charlotte Snyder. He married the love of his life, Marion Dorothy Foster, on January 21, 1961. The two were inseparable until the end, with Art leaving her side just two weeks before their 62nd wedding anniversary. In addition to his parents, Arthur is predeceased by his brothers, Millard Snyder and Robert Snyder. Arthur is survived by his wife, Marion Snyder of Berlin, two sons: Thomas (Jennifer) Snyder of Madisonburg, and Stephen (Trista) Snyder of Berlin; two daughters: Jennifer Snyder of Baltimore, MD and Elizabeth Snyder of Magnolia, DE; 14 grandchildren: Sadie, Samuel (Sydni), Luke, Logan, Seth (Kirsten), Brooke (Craig) Bednar, Kelsey, Jacob (Abbi), Gideon, Savanna, Sara (Ryan White), Jenna (Brandon) Lewis, Kayla, and Karly; and 15 great-grandchildren: Callahan, Hudson, Tucker, Tate, Bennett, Austin, Addalyn, Emry, Callyn, Rowan, Beau, Nash, Lily, Brielle, and Jalen. Arthur served his country in the United States Air Force, where he was stationed in Okinawa, Japan. Here, he continued his passion for baseball, playing as a starting pitcher for the Base baseball team. He was an avid Phillies fan. Art drove an 18-wheeler for a living. He valued hard work, and did not retire until the age of 84. He lived in numerous places along the east coast, most recently settling in Berlin. If you knew Art, you had a friend. He would give the shirt off his back to anyone in need. His laughter and jokes lit up a room like no one else, and he never, once, turned down a rousing card game. His uncanny ability to remember numbers often led him to win. Farming was his hobby, as was driving around, admiring the beautiful countryside. His large family was his pride and joy, and he wanted to be together at every chance possible. A celebration of life will be held at a later date at the convenience of the family. Arrangements entrusted to Deaner Funeral Home, Berlin. DeanerFuneralsAndCremations.com. 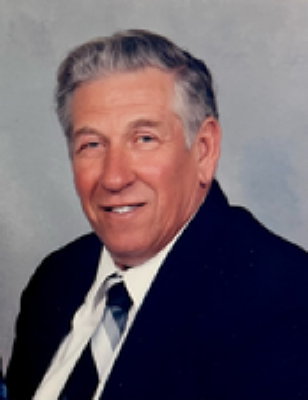 Family and friends are coming together online to create a special keepsake. Every memory left on the online obituary will be automatically included in the book.

You can still show your support by sending flowers directly to the family, or by planting a memorial tree in the memory of Arthur J. Snyder
SHARE OBITUARY
© 2023 Deaner Funeral Home, Inc.. All Rights Reserved. Funeral Home website by CFS & TA | Terms of Use | Privacy Policy | Accessibility